Seventeen Books For and About the Mature Woman 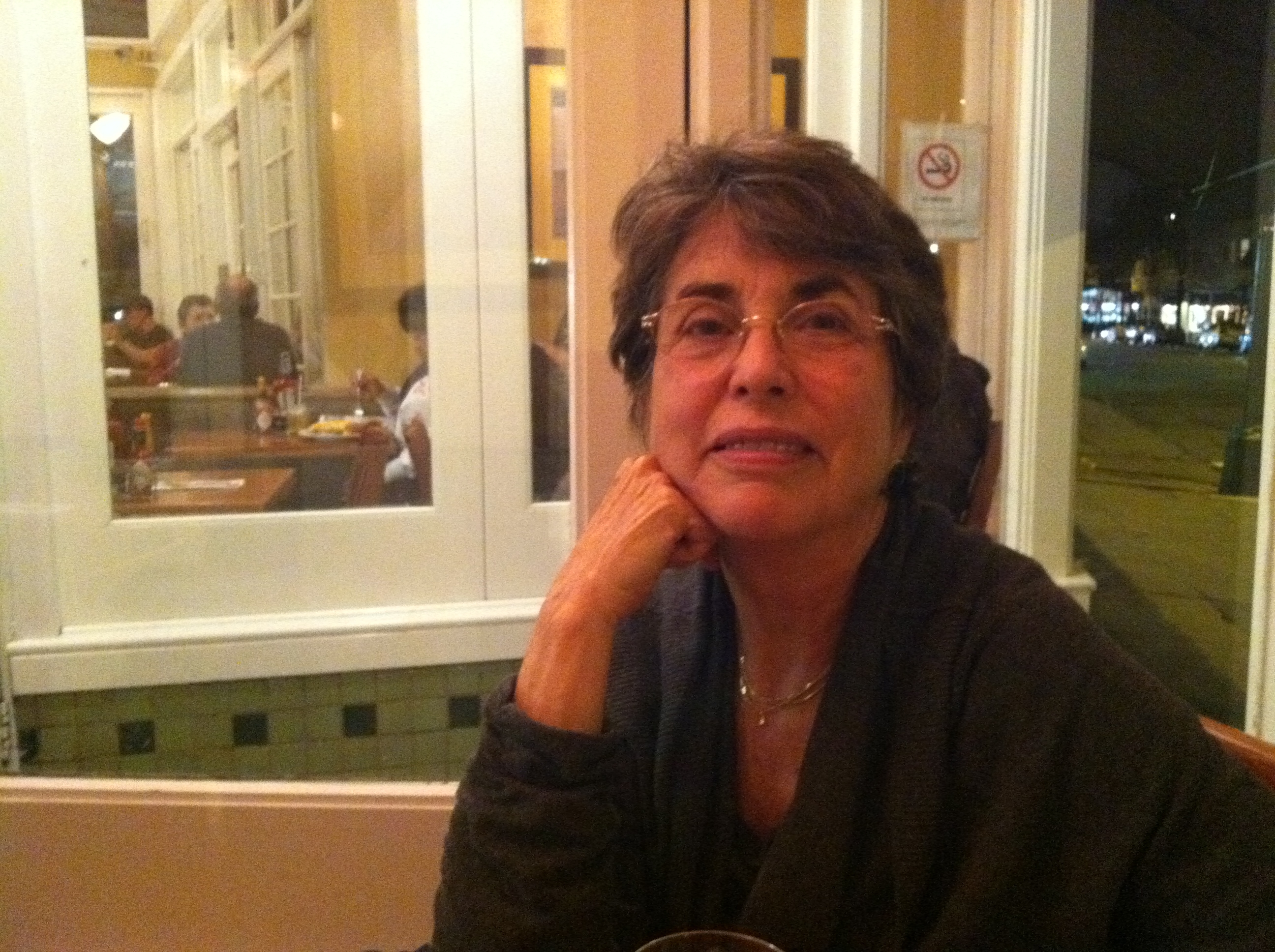 Woman In Her Sixties, Daydreaming

A COUPLE OF CLASSICS:

1.  Passage to India, by E.M. Forster.   I read this book when I was young, yet I never forgot the middle-aged Mrs. Moore.  She understood the subtleties, and she did not approve of the racist victimization of Aziz.   She got tired, though, mid-story, and ducked responsibility by going back to England.  How I wished she hadn’t done that!  How I wanted her middle-aged female wisdom to prevail!   Her energy for youthful indignation had waned.  Sad but true.  And interesting.

2.  For Whom the Bell Tolls, by Ernest Hemingway.  Remember Pilar, the fearless woman who kicks her man out of being the head honcho and takes his place to run the  guerrilla group up in the mountains, fighting the fascists in Spain?  Probably only in her forties, but from a different time, and aged accordingly.  Certainly no longer an ingenue.  Completely formed and lovingly described, she is full of lust and loss and leadership capacity.  I loved her!

MODERN FICTION NOT YET MENTIONED IN THIS BLOG:

1.   Quartet in Autumn, by Barbara Pym.  Pym specializes in maturity, and this book is worth tracking down.  A quick read, it serves as a gentle poignant well-drawn portrait of four weary bureaucrats, facing redundancy in their lonely daily rounds.  Letty and Marcia retire; the two men stay on for a while.  The focus is on the women in this bittersweet tale of growing old during in the seventies, now the olden days themselves to the surprise of those of us who lived through them.   Maybe this, too,  is a classic by now…

2.  The Good Parents, by Joan London.  The mother Toni, in this fabulous novel about a missing daughter, is beautifully portrayed, not only in the back story about her own troubled youth, but also in the present, when her children are just about grown.  This is a wonderful book, set in Australia and ranging over three generations, whose plot and subject matter is too complex to describe in one paragraph.   There are many reasons to read it, and a main one is the mother, with her past that mirrors her daughter’s present,  her current long-term weary marriage, and her struggle through Buddhism to find comfort in her helpless fear.

3.  How it all Began, by Penelope Lively.  The linch-pin of the plot is Charlotte, an older woman, whose robbery and resulting injury kicks off her having to stay at her daughter’s home, with consequences for all concerned.  Well-drawn portrait of the aging of a conscious intelligent human being who happens to be a woman.

4.  Carry the One, by Carol Anshaw.  The mother here is back story to the main drama of the profound effect of an accident on the lives of three siblings.  One is an addict who also happens to be an astronomer–or is it the other way around?–and I have never read a better fictional account of what this means for his life and those of the others around him.  His narcissistic mother is sublimely unaffected, and gains no insight into how her husband’s abusiveness and inappropriate sexuality messed up her kids.  Unfortunately this depiction rang true to a certain type of person who continues to wreak havoc precisely because s/he will NOT change.  This book is worth reading for its acuity regarding our modern (upper) middle-class society and its “first-world problems,” to steal a phrase from my daughter’s boyfriend.

5.  Barn Blind, by Jane Smiley.  Smiley’s first novel, this is a terrific portrait of dictatorial mother who raises her children on a horse ranch.  By the end, the reader really understands what makes this woman tick. She is monstrous in her controlling love, but exacts a reluctant admiration, at least from this reader, for the thoroughness of her horrible determination.

6.  Capital, by John Lanchester.   A multi-faceted description  of one street in a  modern and diverse London, caught in the money fever that brought about the recent recession (depression?).  One of the many characters featured is Petunia Howe, and she may be my favorite.  She is elderly; she is healthy and then she isn’t; throughout her decline the author inhabits her mind and spirit, which also reflects the history of the row of houses where the rest of the action takes place.

7.  Cion, by Zakes Ma.  A South African author has written this unusual book about the contemporary American South.   Ruth is an African-American matriarch who runs her husband, grown children, garden and kitchen with a formidable energy driven by an indomitable right-wing Christian perspective.  All believable, amazingly enough, this character alone makes this book worth reading.

8.  True Believers, by Kurt Andersen.   Karen, the fantastical main character, is  still sexy at sixty-five, a wise and wonderful grandmother, and such a prominent attorney that she has the luxury to turn down a possible Supreme Court appointment in order to tell the full truth about her own radical past.   A goody-two-shoes once back in the fold, she seems no longer that bothered by the social issues that once drove her so far to the left.  This character, described in detail, albeit in Hollywood fashion, serves as a reminder that not so long ago there were white kids so upset over their own privilege that they risked everything.

9.  Ten Days in the Hills, by Jane Smiley.  Jamaican Delphine is mother to a black movie star, and grandmother to the book’s main character, a bi-racial girl determined, as the youth are wont to be, to get her way.  Old-school Delphine and her friend Cassie function as a Greek chorus  in this lively, nuanced and–believe it or not–wholesome novel about Hollywood. While not fully fleshed-out, their presence is a comfort.

10.  Let the Great World Spin, by Colum McCann.  One of the minor characters here is an older white woman who takes the kid of an underclass black woman into her own life and apartment with an unselfishness I both lack and admire.    This kaleidoscopic novel, beloved by many, takes the reader on a long and crazy ride, where my lady is a bit lost in the voracious scope of the author’s intelligent scrutiny.

MODERN FICTION MORE FULLY DESCRIBED ELSEWHERE IN THIS BLOG (click on the title and you’ll get the post):

1.  Are You My Mother? by Alison Bechdel.   A lovely portrait from a daughter’s point of view, in drawings no less, of a self-centered imperfect mother, who, despite her narcissism,  emerges as an interesting person in her own right.  Thus, in the end, this story of profound mother-daughter conflict serves as a tribute as well.

2.  Place Last Seen, by  Charlotte McGuinn Freeman.   The widowed grandmother in this chilling tale of a search for a lost child is a rancher, a stoic, and a fully functional person who provides help and solace.  Yay for the grandmoms!

3.  The Ministry of Special Cases, by Nathan Englander.   Two parents so dedicated to finding out what happened to their son, that they will stop at nothing.  This is a complete and valid portrait, albeit a bit stereotypical, of the grief of a mother who has no body to cry over, and will not believe that her son is dead.

FINALLY, JUST A BIT OF NON-FICTION:

1.   In My Father’s Country, by Saima Wahab.  A non-fiction memoir written by an Pashtun woman who has emigrated to America and returned to Afghanistan as a translator with the US Army.  This is a telling account of the attitudes about, and conditions for, women in that country.  The author’s mother is a small part of the story, yet well-drawn as she is forced by her husband’s death to return to small-town culture which she has no choice but to embrace.  At last, in her maturity, she shifts away from the patriarchy to understand her true interests are better served by an unconventional life with her rebellious daughter.

2.  Happiness is an Inside Job, by Sylvia Boorstein.  Simply put, the author, a Jewish Buddhist practitioner, is intelligent, honest, warm nd wise.  This mature woman serves as a wonderful example of a  fully-developed human being with much to say about bringing mindfulness into every moment.