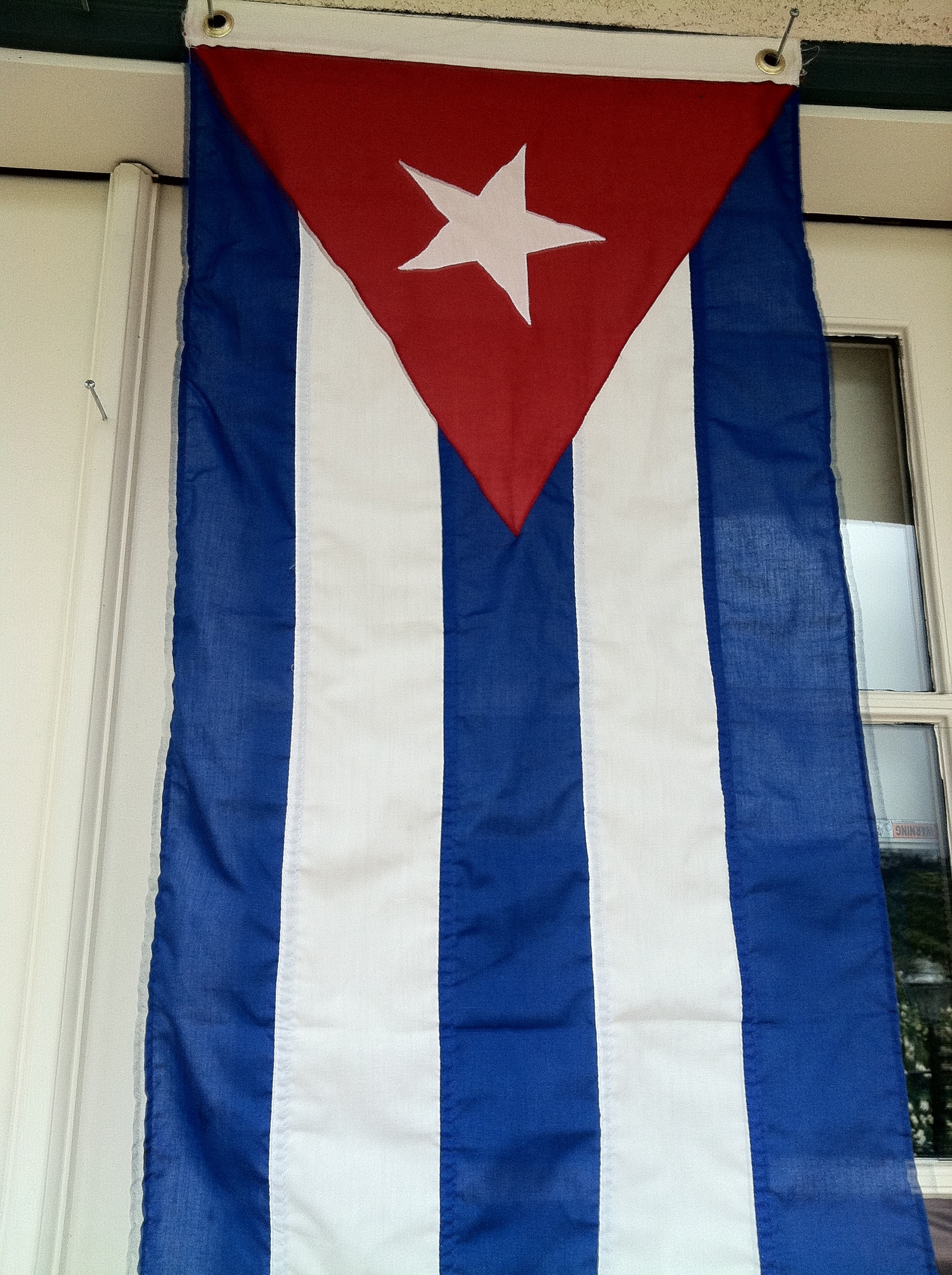 …contained in Havana Red, by Leonardo Padura.  Padura is a contemporary Cuban author whose writing has not been censored, and who has never been punished by the government.  His work includes a quartet of mysteries that features a cop named Mario Conde.  Each book is set in one of the four seasons.  Havana Red, written in 1994 and translated in 2008, is the one set  in summer.

The story takes on the difficult subject matter of transvestites and homosexuality, clearly viewed as daring by the author, but it was so abstruse and poorly written that I literally stopped reading pages before the end because I was bored.  Okay, okay.  To each their own.  One reader’s boredom is another reader’s depth.

But Padura’s worst sin, by far, is the casual racism thrown into his prose.

To wit, on Page Ten:

“The men agreed to give up their seats: one was huge, fair-haired, a good six feet tall with long, dangling arms, a face as cratered as the moon’s surface; the other was smaller, his skin so black it was blue, and he just had to be a direct grandson and universal heir to Cro-Magnon man himself: Darwin’s theory of evolution was reflected in the exaggerated jutting of his jaw and the narrow forehead where the eyes of a wild beast of the jungle glinted yellow.”
(emphasis added)

Another example (I didn’t get the page, and already took the book back to the library, but it doesn’t matter where this is in the text):

“The black woman looked back at the staircase and the Count felt that anonymous sensation for which a girlfriend of his, for want of a better word, had invented the term liporis: embarrassment at somebody making a spectacle of themselves. That(black) woman, in the year 1989, still harboured the atavistic instinct of deference: she was a servant and, what was worse, thought like a servant, wrapped perhaps in the invisible but tightly clinging veils of genetics moulded by numerous enslaved, repressed generations. ” (emphasis added)

This is the kind of bullshit American white people used to express outright, without shame, during my youth.  But in 1994??  Fidel called racism officially dead shortly after he took power in 1959.  As if he could simply eliminate it by declaring it so.  As if anyone has that kind of power over longstanding internal habits of thought and conduct.   As if the ranks of Cuba’s Communist Party aren’t disproportionately light-skinned, as if the hard work of eliminating internal racism were complete, as if as if…but still!!

Fidel (and now Raul)–you will censor articles that criticize the Party; you will deny your youth full access to the Internet.  But Padura is okay with you??

Now Padura has written The Man Who Loved Dogs (2009, translated by Anna Kushner in 2014), said to be an epic novel that deconstructs Trotsky’s murder by Stalin.  It includes the voice of a frustrated Cuban writer who discovers the truth about this historical event during the time of “programmed ignorance,” for Cuban citizens, including the intelligentsia–which, now that I think of it, means there is no real intelligentsia.

So this sounds intriguing.  But as a white American who grew up in the fifties, who agonized daily about how to respond to overtly racist comments (see prior blog post), who decided long ago to do her best never to let other white people get away with this crap unnoticed?  Eh–I think I’ll skip it.

Good luck to you, Padura.  I admire your persistence.  But look around you.  Consider the nature of this (still) white-dominated world.  Next look inside.  And don’t write this way again about black people.  Period.