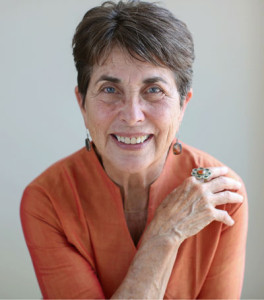 Barbara Rhine is a lawyer, activist and writer. She blogs on books and politics and is the author of the novella, The Lowest Form of Animal Life. Her articles have appeared in The SF Chronicle, Oakland Tribune, Contra Costa Times, The Recorder (Bay Area legal newspaper), and online in Counterpunch. She is a contributor to From The Well of Living Waters poetry anthology, edited by Lenore Weiss (2011).

Tell No Lies is the story of three radical activists—a black militant on the run, a farmworker organizer and a Berkeley feminist—who get caught in a love triangle during a huge UFW march led by Cesar Chavez.

During the largest agricultural strike in California history, the author served as staff attorney for the United Farmworkers Union (UFW). She opened law offices in Stockton, Merced, Fresno and Delano, CA.

Throughout the Second Wave of the feminist movement, the author participated in a consciousness-raising group and other feminist activities in Berkeley.

And from her college days to the present, the author has participated in civil rights causes. During a crisis in Oakland between the Black Panther Party and the police, she slept in the local BPP office as part of an effort organized by the National Lawyers Guild to stave off police attack.

From these various milieus, her novel Tell No Lies springs.

To buy Tell No Lies, go to “Bookstores,” above. Get your own bookstore on the list. Ask them to order Tell No Lies.

CLICK ON A BUTTON BELOW TO BUY Tell No Lies